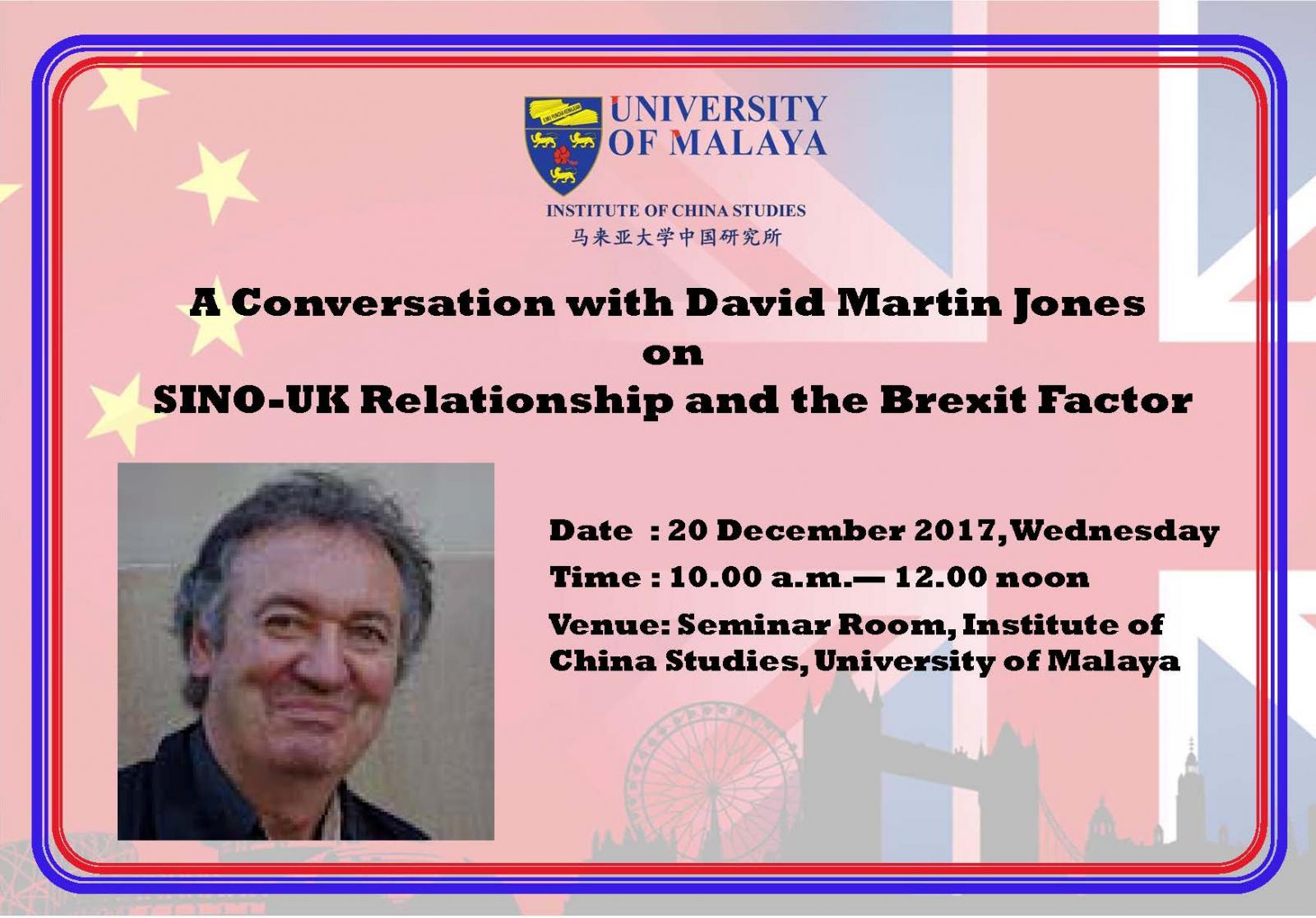 A post Brexit United Kingdom is casting her gaze far and wide, including towards the Middle Kingdom for new economic opportunities and partnerships. With the anticipated strengthening of trade ties, what are the broader geopolitical, military, and cultural implications that will emanate from the cozying up of the Sino-UK relationship. Will this portend, on the part of London, a recalibration of her longstanding geostrategic alignments and alliances? Could the PRC be the new best friend for a post-Brexit Britain? Conversely China's assessment of Britain's global standing has undoubtedly been affected by Brexit. Will this bring about, on the part of Beijing, a different approach in her engagement towards the UK? With the European Union as an open competitor, could a solitary Britain compete effectively for China's attention and commitment? Observing from the sideline, what lessons can Malaysia draw from this ongoing power reconfigurations. Would these have bearings, one way or another, upon Malaysia, and her ties with the UK and China?