A Conversation with John Brandon on US policy towards Asia, its impact on China and Malaysia 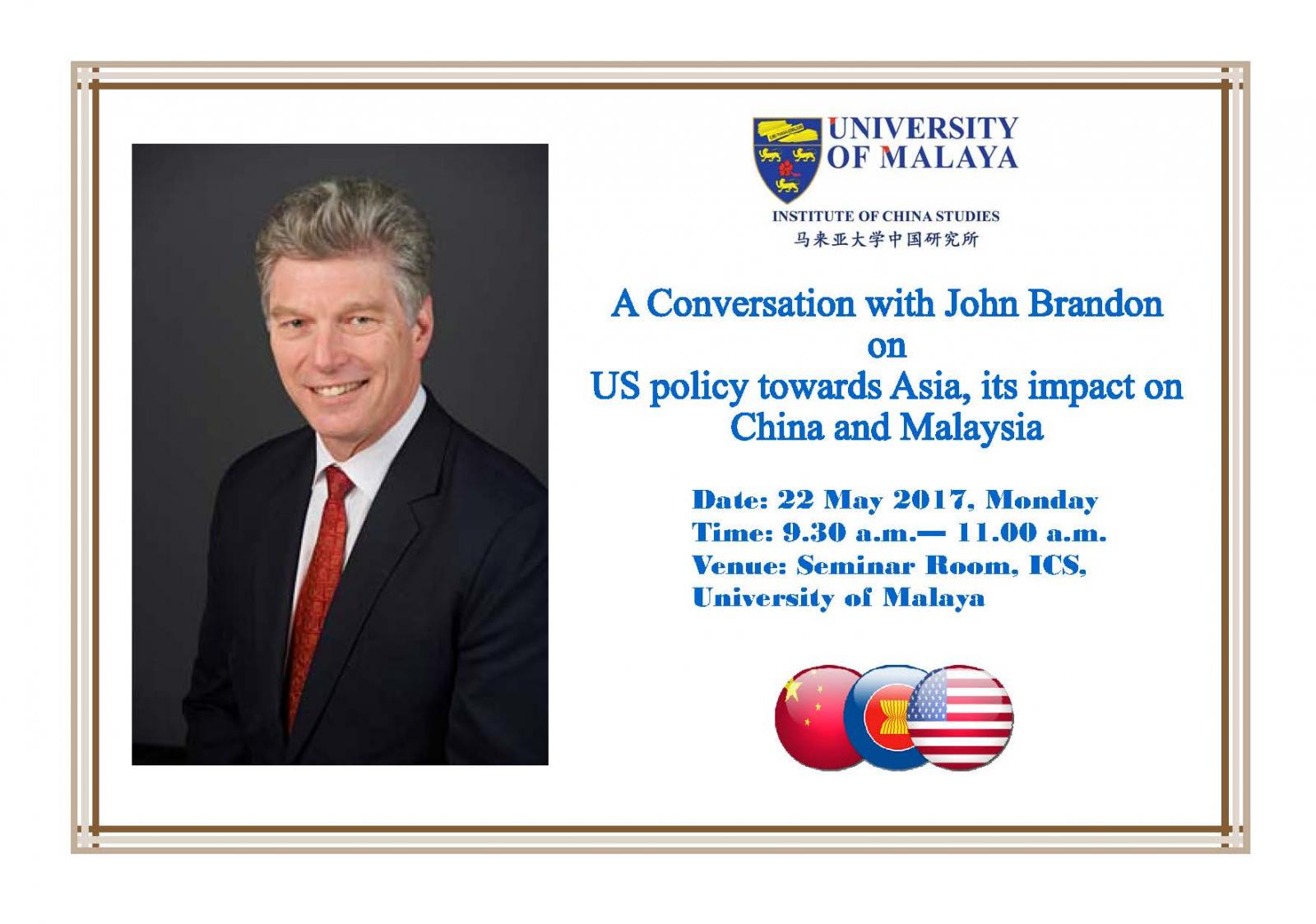 The manner in which China asserts its sway upon its neighbors, including Malaysia is the function of many variables. And one critical factor in Beijing's calculus is how the incumbent superpower, America chooses to engage with this region. Indeed, with a new occupant in the White House, there are concerns about the US level of commitment towards Asia. Will the Trump administration beat a retreat towards an isolationists stance, as some are predicting. Or will America remain engaged but chiefly as an adversarial countercheck against the rise of China. Others are hoping that Washington will assume a more conciliatory orientation, reaching out to Beijing as a friend rather than a foe. Undoubtedly, US's foreign policy towards Asia will influence China's behavior, which in turn will have repercussions upon ASEAN, and without exception, Malaysia.