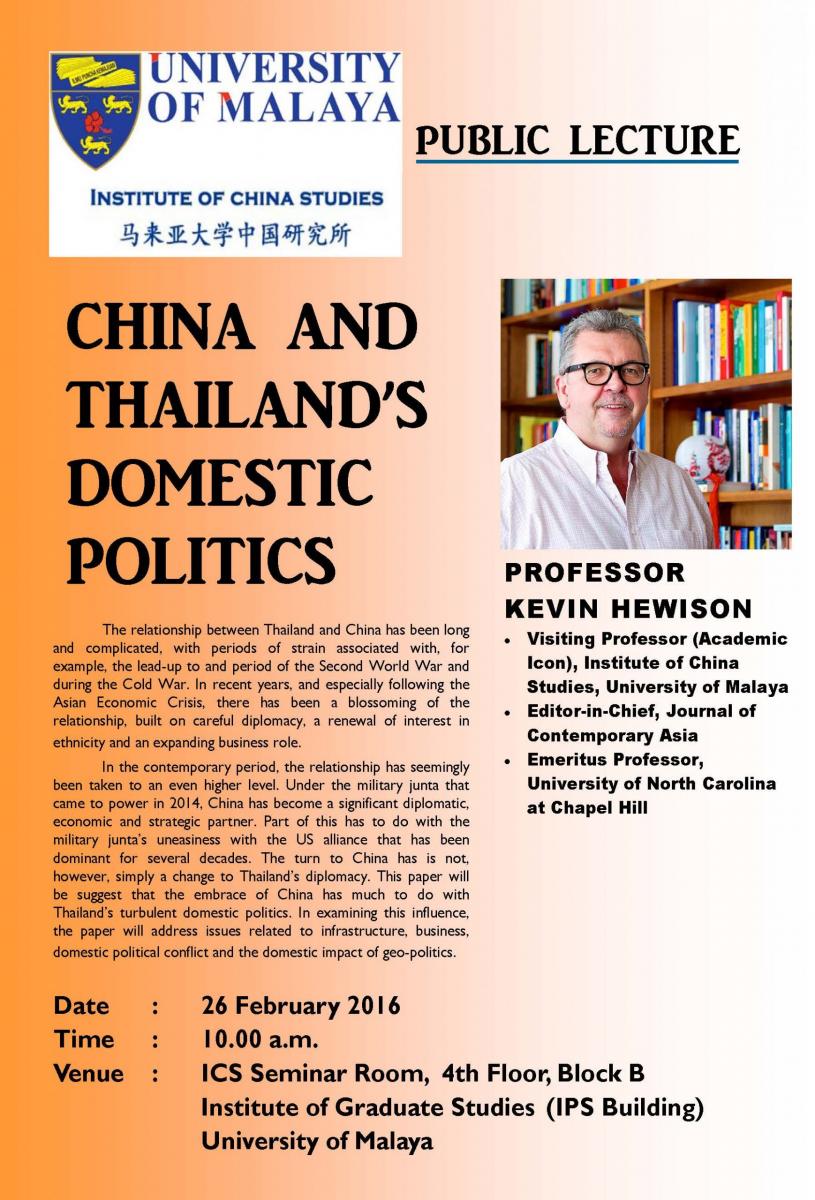 The relationship between Thailand and China has been long and complicated, with periods of strain associated with, for example, the lead-up to and period of the Second World War and during the Cold War. In recent years, and especially following the Asian Economic Crisis, there has been a blossoming of the relationship, built on careful diplomacy, a renewal of interest in ethnicity and an expanding business role. In the contemporary period, the relationship has seemingly been taken to an even higher level. Under the military junta that came to power in 2014, China has become a significant diplomatic, economic and strategic partner. Part of this has to do with the military junta’s uneasiness with the US alliance that has been dominant for several decades. The turn to China has is not, however, simply a change to Thailand’s diplomacy. This paper will be suggest that the embrace of China has much to do with Thailand’s turbulent domestic politics. In examining this influence, the paper will address issues related to infrastructure, business, domestic political conflict and the domestic impact of geo-politics.