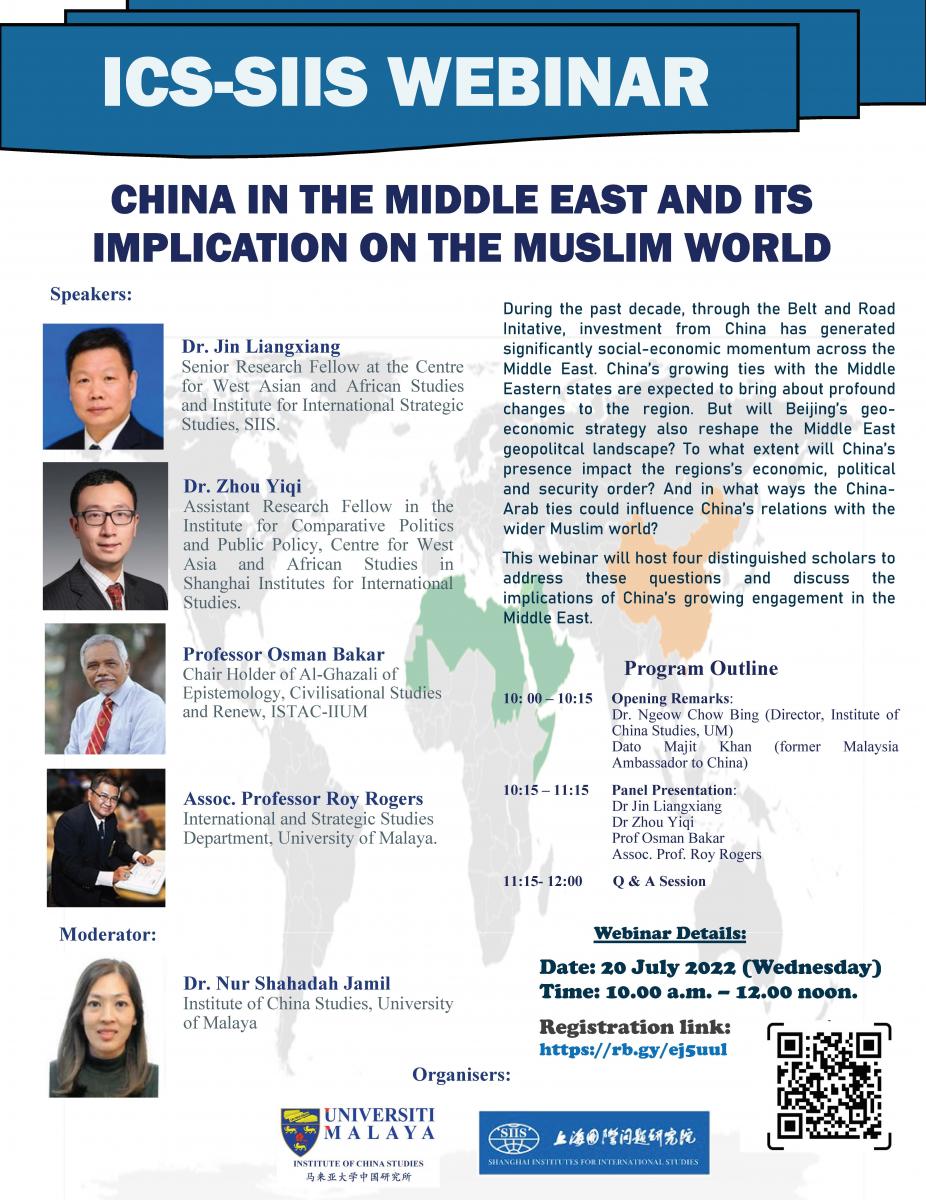 During the past decade, through the Belt and Road Initative, investment from China has generated significantly social-economic momentum across the Middle East. China’s growing ties with the Middle Eastern states are expected to bring about profound changes to the region. But will Beijing’s geo-economic strategy also reshape the Middle East geopolitcal landscape? To what extent will China’s presence impact the regions’s economic, political and security order? And in what ways the China-Arab ties could influence China’s relations with the wider Muslim world?

This webinar will host four distinguished scholars to address these questions and discuss the implications of China’s growing engagement in the Middle East.