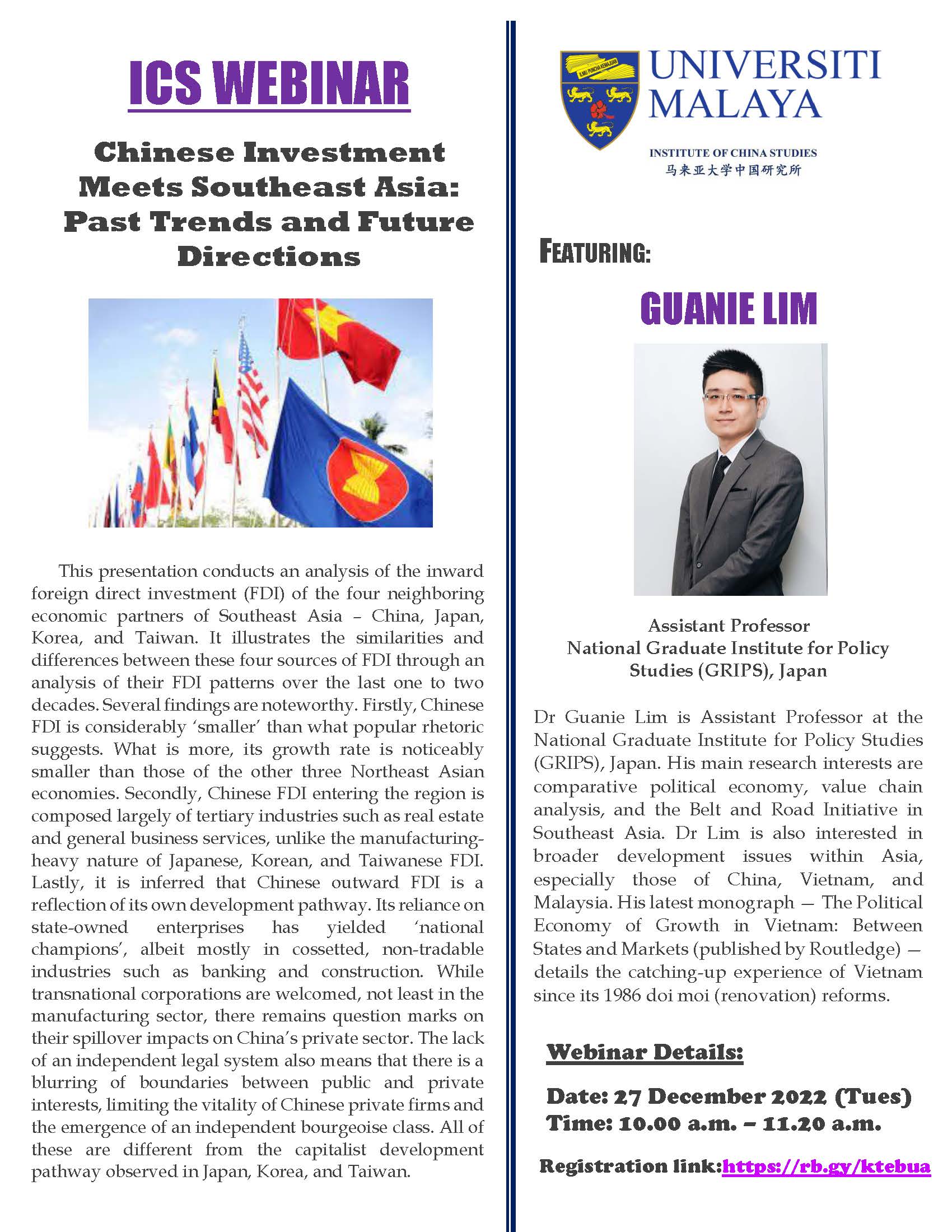 This presentation conducts an analysis of the inward foreign direct investment (FDI) of the four neighboring economic partners of Southeast Asia – China, Japan, Korea, and Taiwan. It illustrates the similarities and differences between these four sources of FDI through an analysis of their FDI patterns over the last one to two decades. Several findings are noteworthy. Firstly, Chinese FDI is considerably ‘smaller’ than what popular rhetoric suggests. What is more, its growth rate is noticeably smaller than those of the other three Northeast Asian economies. Secondly, Chinese FDI entering the region is composed largely of tertiary industries such as real estate and general business services, unlike the manufacturing-heavy nature of Japanese, Korean, and Taiwanese FDI. Lastly, it is inferred that Chinese outward FDI is a reflection of its own development pathway. Its reliance on state-owned enterprises has yielded ‘national champions’, albeit mostly in cossetted, non-tradable industries such as banking and construction. While transnational corporations are welcomed, not least in the manufacturing sector, there remains question marks on their spillover impacts on China’s private sector. The lack of an independent legal system also means that there is a blurring of boundaries between public and private interests, limiting the vitality of Chinese private firms and the emergence of an independent bourgeoise class. All of these are different from the capitalist development pathway observed in Japan, Korea, and Taiwan.