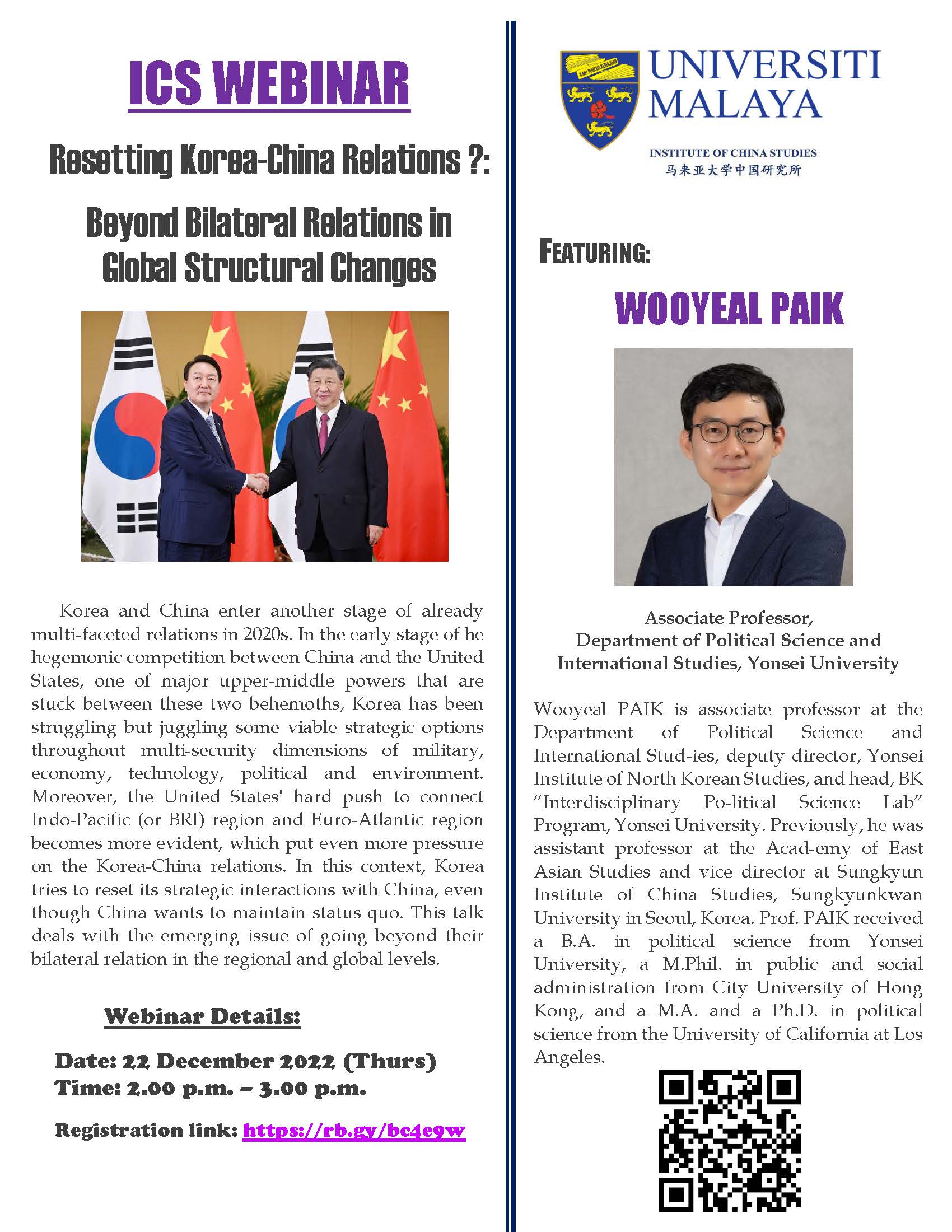 Korea and China enter another stage of already multi-faceted relations in 2020s. In the early stage of he hegemonic competition between China and the United States, one of major upper-middle powers that are stuck between these two behemoths, Korea has been struggling but juggling some viable strategic options throughout multi-security dimensions of military, economy, technology, political and environment. Moreover, the United States' hard push to connect Indo-Pacific (or BRI) region and Euro-Atlantic region becomes more evident, which put even more pressure on the Korea-China relations. In this context, Korea tries to reset its strategic interactions with China, even though China wants to maintain status quo. This talk deals with the emerging issue of going beyond their bilateral relation in the regional and global levels.