Forum in Conjunction of 45th Anniversary of Malaysia-China Diplomatic Relations :” MALAYSIA-CHINA RELATIONS: CHERISHING THE PAST AND WORKING TOWARDS THE FUTURE “ 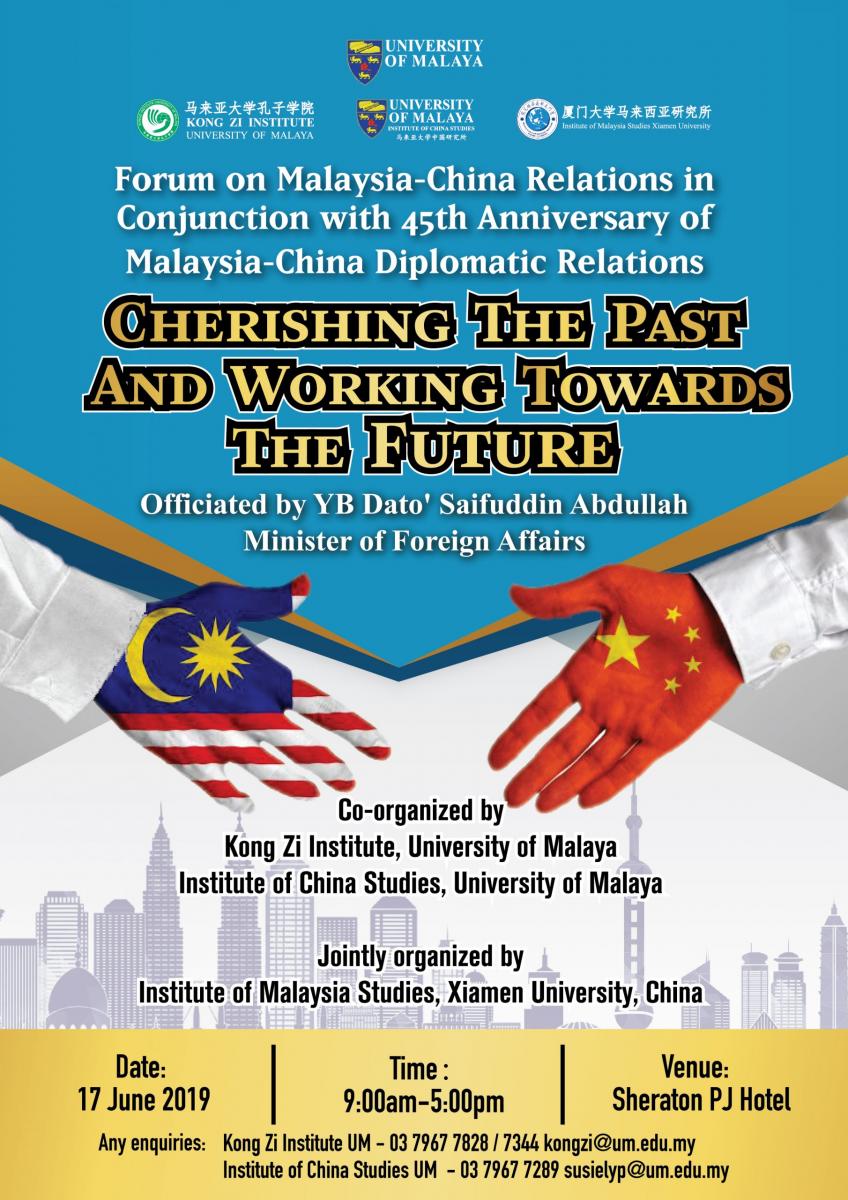 2019 marks the 45th Anniversary of Malaysia-China Diplomatic Relations. Malaysia and China have a very long history of peaceful interactions, dating back to the era of Ming Dynasty and the Malacca Sultanate in the 15th century. In the modern era, the diplomatic relationship was formally established in May 1974. Amidst the height of the Cold War, Malaysia boldly decided to establish diplomatic relations with China, paving the way for both countries to form a cooperative, friendly and cordial relationship in the decades to come. In recent years, there has been marked improvement in the bilateral relationship across political, economic, cultural and security spheres. Malaysia for the first time experienced the change of ruling coalition following the general elections in May 2018. Despite some initial uncertainty, the new government has quickly committed to continuing the excellent relationship with China. To commemorate the 45th anniversary of Malaysia-China diplomatic ties, this international conference will invite speakers from both countries to not only review the past achievements and lessons, but also to look forward to areas of cooperation and identify key challenges in building a more sustainable bilateral relationship in the future.