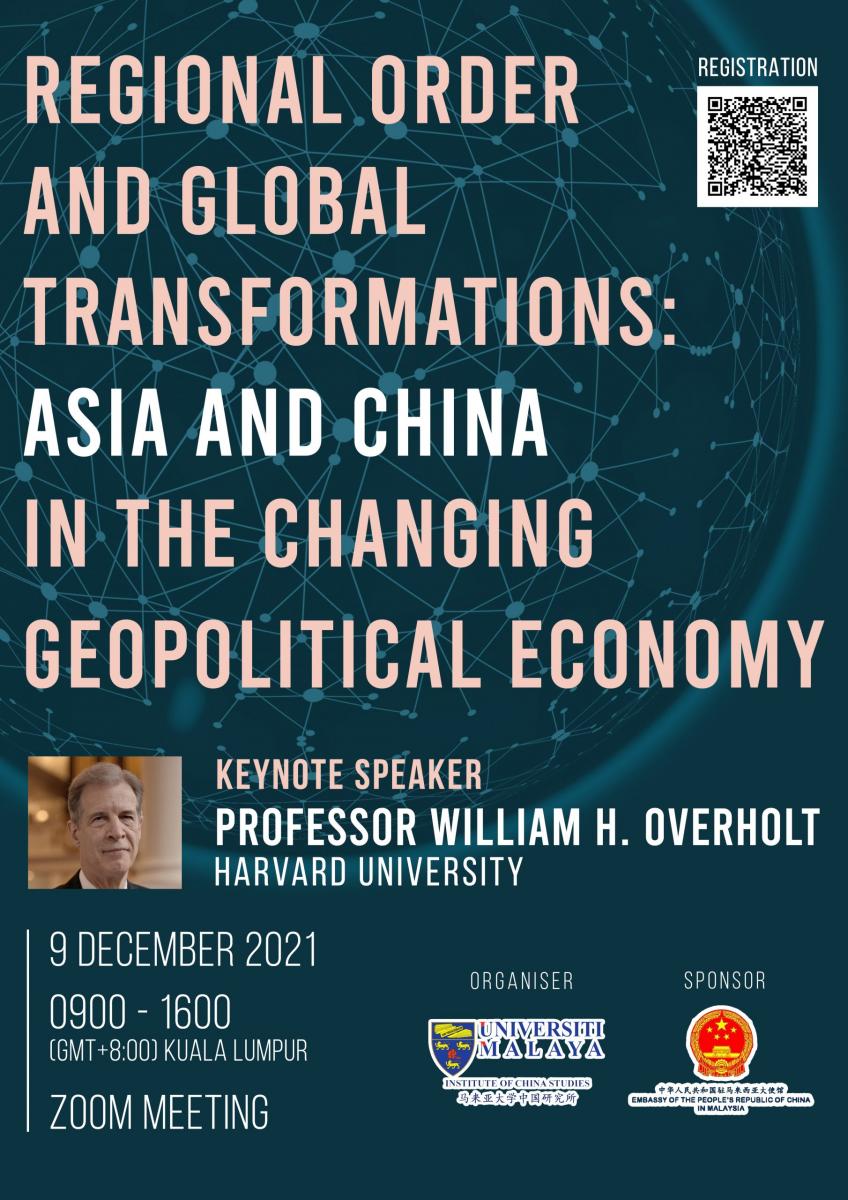 Asia is in the middle of a historic transition. Spreading across continental and maritime Asia, these reconstructions are happening along multiple fronts: geopolitical reconfigurations and military-alliances realignments, economic revitalizations and civilizational rejuvenations. And what happens in Asia is expected to have global ramifications. Indeed, touted as the Asian century, the 21st century evolving world order is likely to be shaped by developments emanating from within Asia. This conference will examine China’s geopolitical-economic interaction with the rest of Asia, and analyse its imprints on the regional order and potential impact on the global order. As a matter of fact, the PRC’s newfound status as a world leader is primarily defined by China’s re-emergence as an economic powerhouse. As a geo-economic superpower, China could exert a different form of dominance, and in turn transform the dynamics of power relations within Asia as well as the wider world. This conference will host a group of preeminent national and international scholars to share their thoughts and perspectives, anticipations and trepidations, on the China-induced historic shifts unfolding in Asia, paradigmatic changes that are very likely to have generational consequences for the world-at-large.