INTERNATIONAL WEB-BASED WORKSHOP: CHINA’S RISE AND THE STRATEGIC LANDSCAPE OF SOUTHEAST ASIA: OPPORTUNITIES AND CHALLENGES FOR THE NEW SOUTHERN POLICY OF THE REPUBLIC OF KOREA 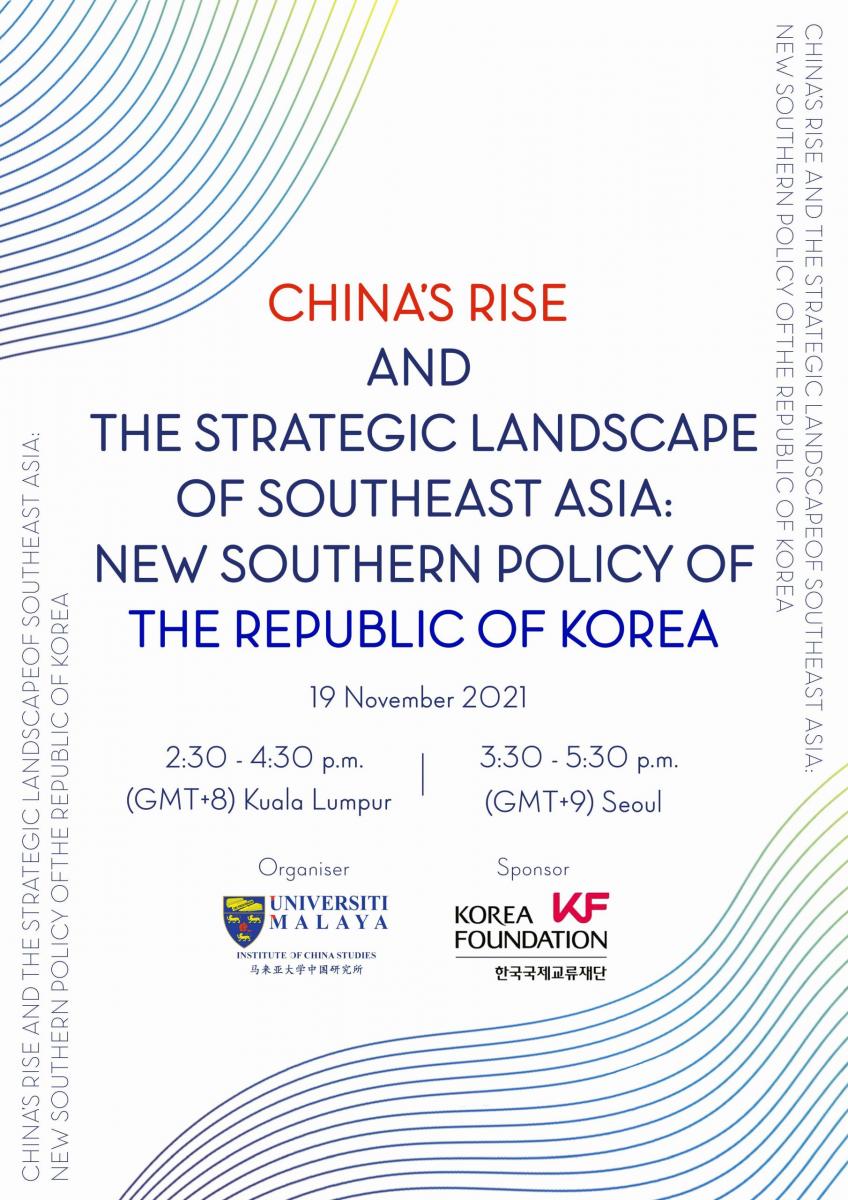 In 2013, Chinese leader Xi Jinping proposed and launched the Belt and Road Initiative (BRI, known as One Belt One Road then), which aimed to enhance connectivity between China and many countries in the Eurasian continent. The BRI consists of the land-based Silk Road Economic Belt and the maritime-based 21st Century Maritime Silk Road. Southeast Asia is an important part of both routes. With the BRI now being the major Chinese foreign economic policy, China and Southeast Asia have seen increased levels of economic cooperation, especially in investment in infrastructure, in the past few years. The BRI is also more than about hard infrastructure, as its official programs of five areas of connectivity (policy, infrastructure, trade, finance, people-to-people) covers a wide range of policy areas. In 2019, in response to criticisms, China announced that in the coming years the BRI projects it supports will be more in line with high quality standards. In 2017, President Moon Jae-in was sworn into office in the Republic of Korea, and one of his major foreign policy initiatives has been the New Southern Policy (NSP), aiming to increase the level of cooperation between the ROK and Southeast Asian countries/India. The NSP is based on three agenda: Peace, Prosperity and People. With the NSP, President Moon has been the most active ROK president in cultivating ties with Southeast Asia. There are now higher level of economic and people-to-people interactions between Southeast Asia and South Korea. In 2020, amidst the pandemic, the ROK also announced that the country will launch the NSP Plus, signifying new and more initiatives will be pursued. Southeast Asia is increasingly the focus of geopolitical and geo-economic trends. The intensifying rivalry between China and the US makes the region more crucial than ever. Under this backdrop, it is important to analyze and see how the BRI and the NSP compare with each other. In what policy areas and in which ways both initiatives can complement each other, and in others how they will be likely in competitive dynamics, and if they are, how to make the competition manageable and meaningful.