Speaker :
Wu Xiaoan
Director of the Center for the Study of Chinese Overseas at Peking University 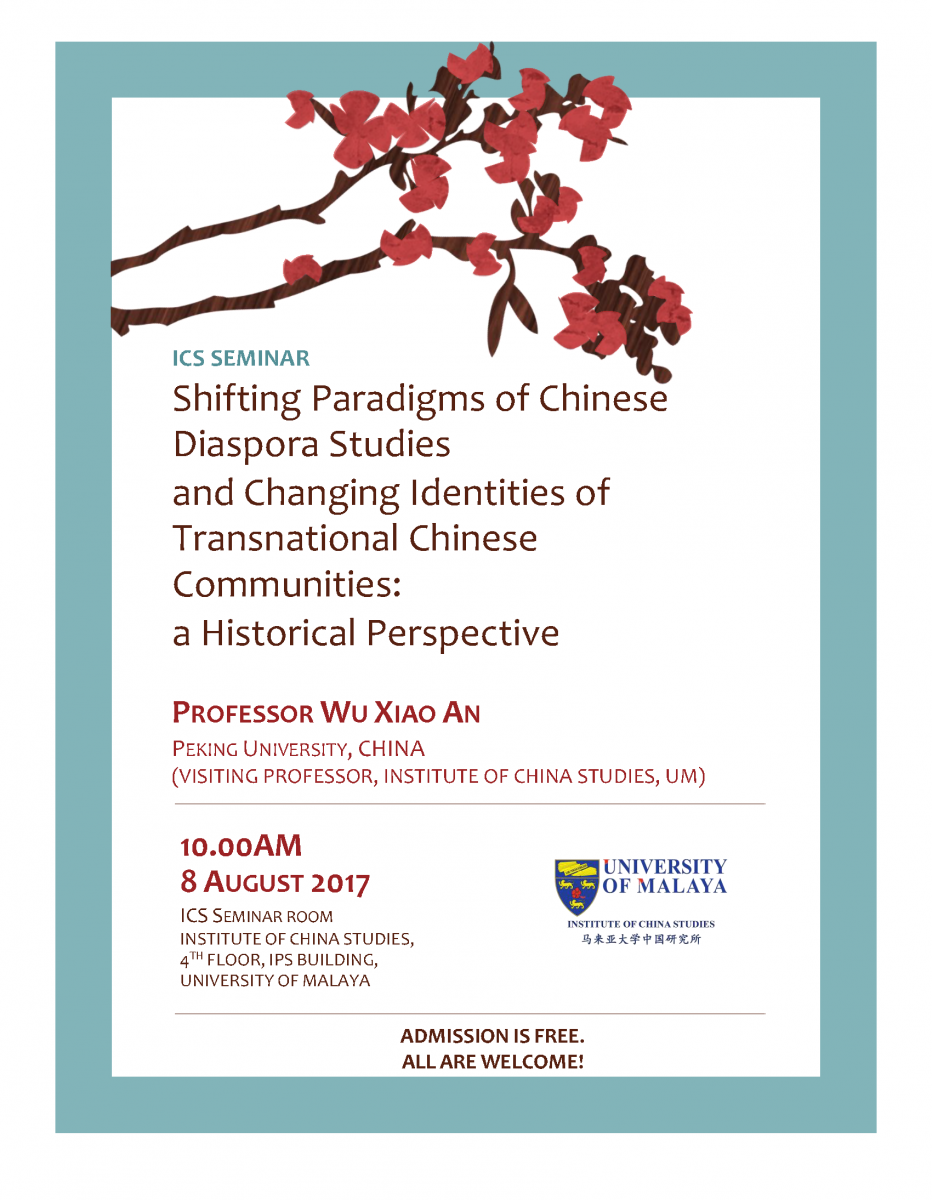 The long-term making of modern China has involved the various processes of producing and (un)packing China as Semi-colonial and Semi-feudal China, Residual China, Cultural China, and Global China. In line with those processes, Chinese overseas communities have been variably categorized as Overseas Orphans without an Empire, Overseas Chinese, Chinese Overseas, Ethnic Chinese, and Chinese diaspora, as well as them having different interpretations and embodiments of the notion of Chinese-ness. All these conceptions are one-sided and politically driven under changing circumstances, and thus intellectually problematic. Moreover, the unifying and diversifying forces over the policy of one-China and one-flag have either been in contestation or co-existence, both contributing significantly to the shaping of various paradigms on Chinese diaspora scholarship.