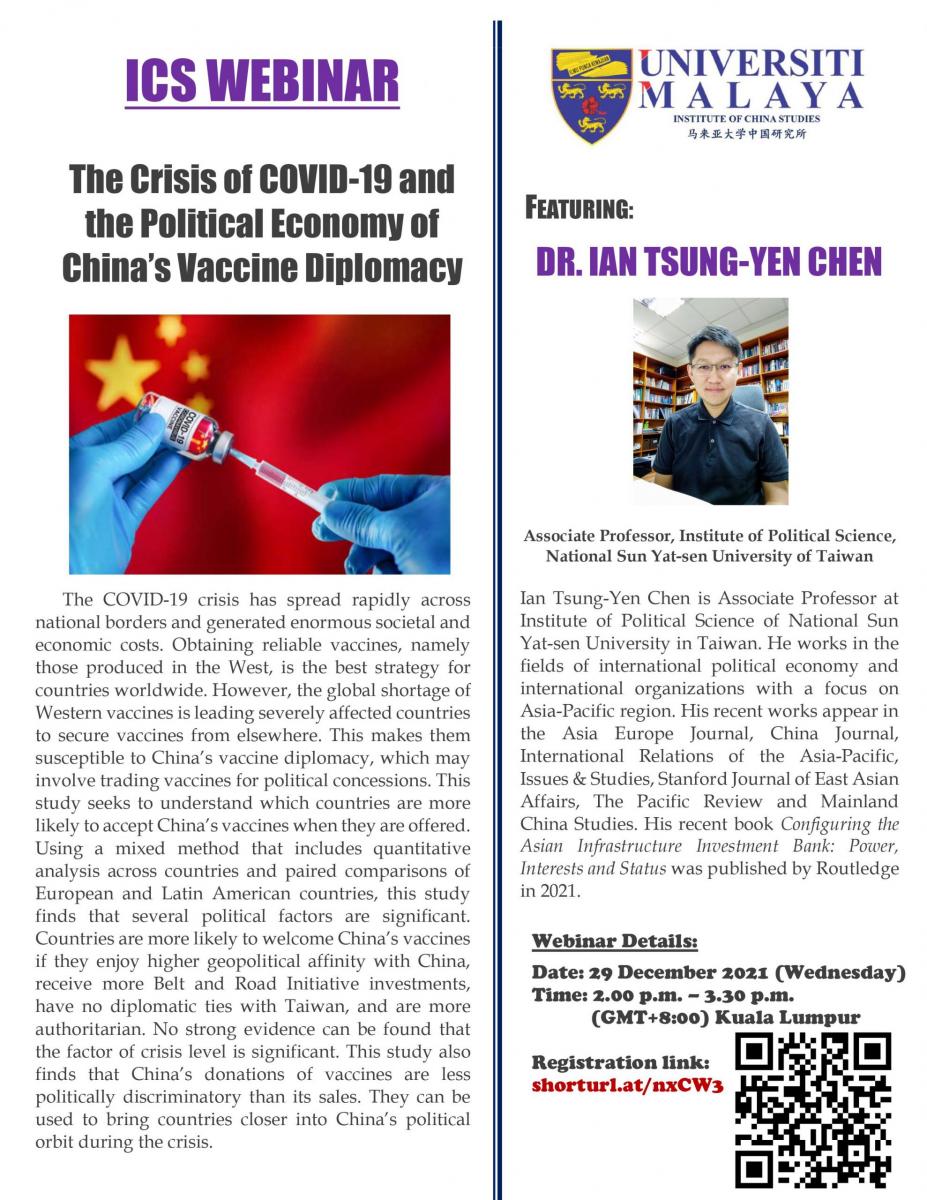 The COVID-19 crisis has spread rapidly across national borders and generated enormous societal and economic costs. Obtaining reliable vaccines, namely those produced in the West, is the best strategy for countries worldwide. However, the global shortage of Western vaccines is leading severely affected countries to secure vaccines from elsewhere. This makes them susceptible to China’s vaccine diplomacy, which may involve trading vaccines for political concessions. This study seeks to understand which countries are more likely to accept China’s vaccines when they are offered. Using a mixed method that includes quantitative analysis across countries and paired comparisons of European and Latin American countries, this study finds that several political factors are significant. Countries are more likely to welcome China’s vaccines if they enjoy higher geopolitical affinity with China, receive more Belt and Road Initiative investments, have no diplomatic ties with Taiwan, and are more authoritarian. No strong evidence can be found that the factor of crisis level is significant. This study also finds that China’s donations of vaccines are less politically discriminatory than its sales. They can be used to bring countries closer into China’s political orbit during the crisis.