Speaker :
Wilson CHAN
Adjunct Professor of College Business and Associate Director of Outreach of MBA Programme of the City University of Hong Kong 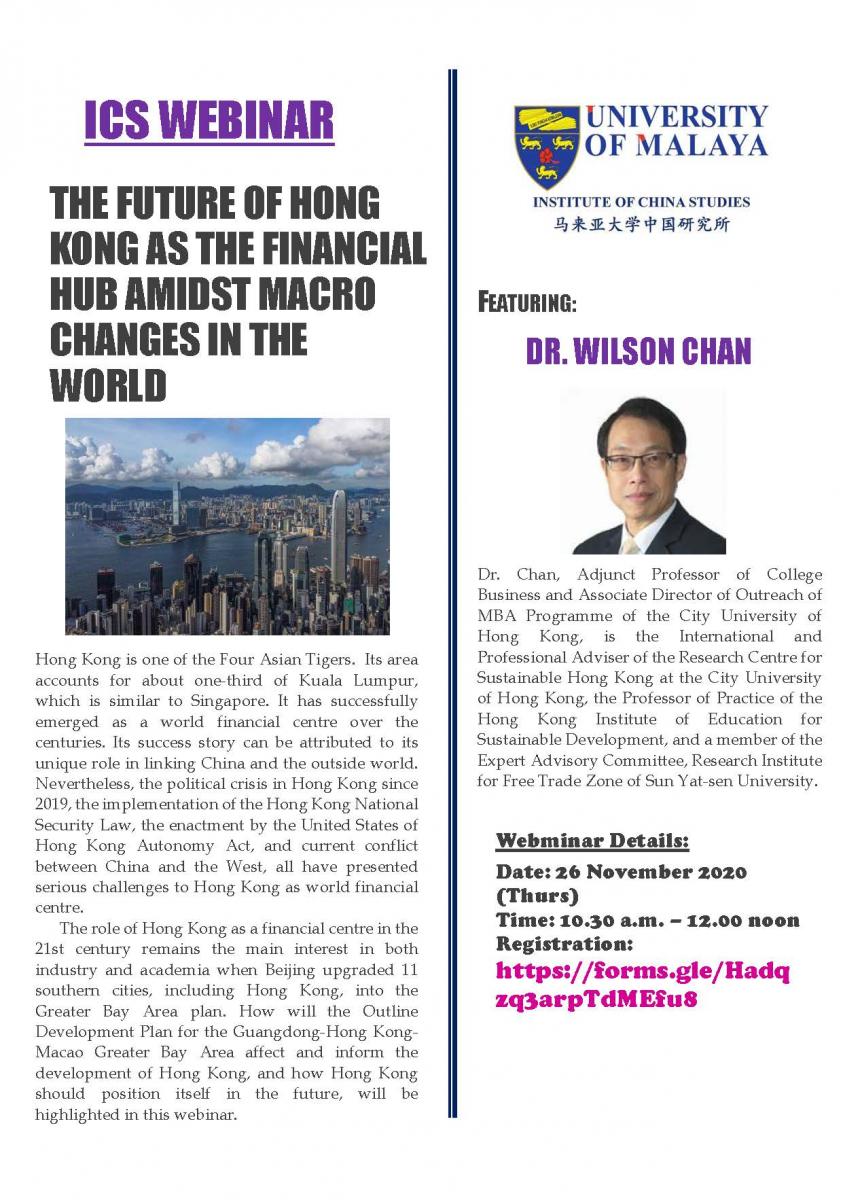 Hong Kong is one of the Four Asian Tigers. Its area accounts for about one-third of Kuala Lumpur, which is similar to Singapore. It has successfully emerged as a world financial centre over the centuries. Its success story can be attributed to its unique role in linking China and the outside world. Nevertheless, the political crisis in Hong Kong since 2019, the implementation of the Hong Kong National Security Law, the enactment by the United States of Hong Kong Autonomy Act, and current conflict between China and the West, all have presented serious challenges to Hong Kong as world financial centre. The role of Hong Kong as a financial centre in the 21st century remains the main interest in both industry and academia when Beijing upgraded 11 southern cities, including Hong Kong, into the Greater Bay Area plan. How will the Outline Development Plan for the Guangdong-Hong Kong-Macao Greater Bay Area affect and inform the development of Hong Kong, and how Hong Kong should position itself in the future, will be highlighted in this webinar.