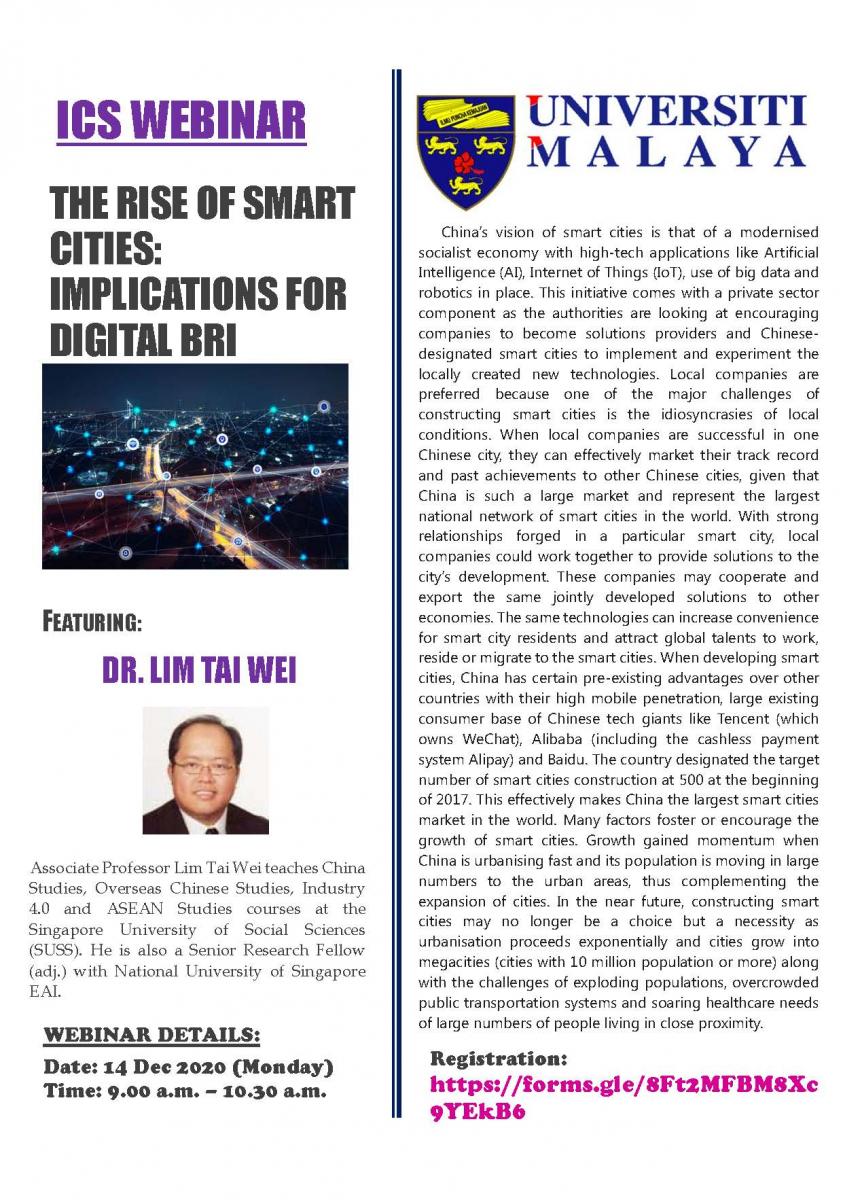 China’s vision of smart cities is that of a modernised socialist economy with high-tech applications like Artificial Intelligence (AI), Internet of Things (IoT), use of big data and robotics in place. This initiative comes with a private sector component as the authorities are looking at encouraging companies to become solutions providers and Chinese-designated smart cities to implement and experiment the locally created new technologies. Local companies are preferred because one of the major challenges of constructing smart cities is the idiosyncrasies of local conditions. When local companies are successful in one Chinese city, they can effectively market their track record and past achievements to other Chinese cities, given that China is such a large market and represent the largest national network of smart cities in the world. With strong relationships forged in a particular smart city, local companies could work together to provide solutions to the city’s development. These companies may cooperate and export the same jointly developed solutions to other economies. The same technologies can increase convenience for smart city residents and attract global talents to work, reside or migrate to the smart cities. When developing smart cities, China has certain pre-existing advantages over other countries with their high mobile penetration, large existing consumer base of Chinese tech giants like Tencent (which owns WeChat), Alibaba (including the cashless payment system Alipay) and Baidu. The country designated the target number of smart cities construction at 500 at the beginning of 2017. This effectively makes China the largest smart cities market in the world. Many factors foster or encourage the growth of smart cities. Growth gained momentum when China is urbanising fast and its population is moving in large numbers to the urban areas, thus complementing the expansion of cities. In the near future, constructing smart cities may no longer be a choice but a necessity as urbanisation proceeds exponentially and cities grow into megacities (cities with 10 million population or more) along with the challenges of exploding populations, overcrowded public transportation systems and soaring healthcare needs of large numbers of people living in close proximity.