The Tan Sri Lee Loy Seng Annual China Lecture Series 2017: The Great Powers in Southeast Asia and the Fall and Rise of China 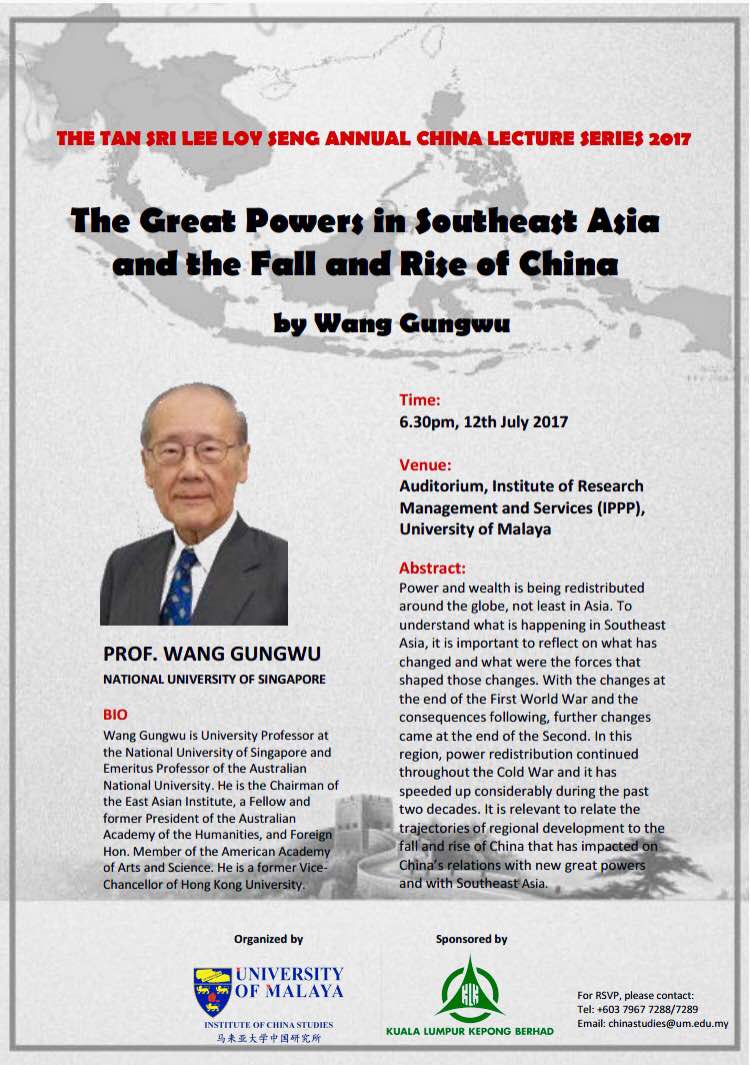 Power and wealth is being redistributed around the globe, not least in Asia. To understand what is happening in Southeast Asia, it is important to reflect on what has changed and what were the forces that shaped those changes. With the changes at the end of the First World War and the consequences following, further changes came at the end of the Second. In this region, power redistribution continued throughout the Cold War and it has speeded up considerably during the past two decades. It is relevant to relate the trajectories of regional development to the fall and rise of China that has impacted on China’s relations with new great powers and with Southeast Asia.